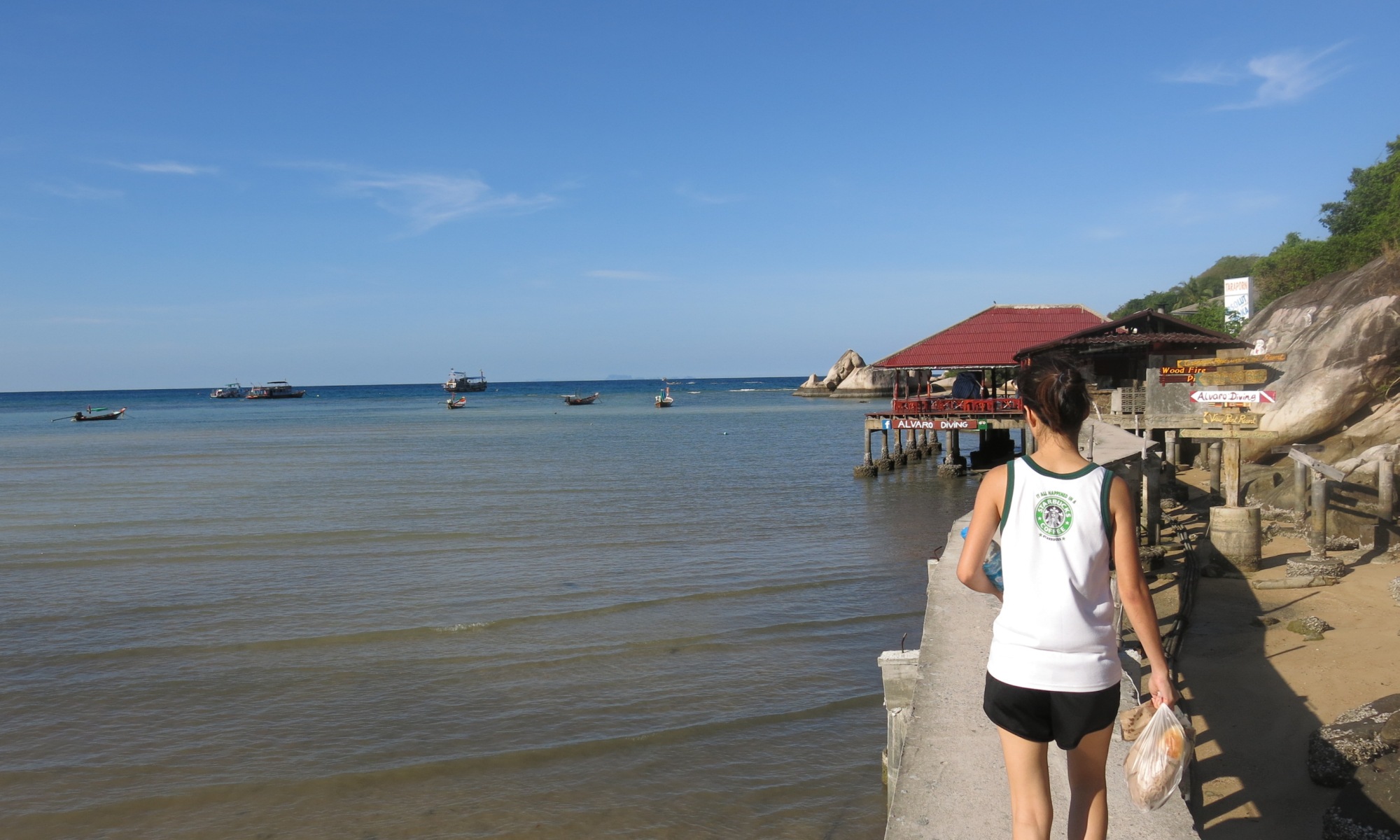 We met with Marcos, our French instructor the next day. He was already busy with some other students and took the chance to introduce himself to us. Sophia went through the theory course, and we were excited to start our first dive together. Before we head for our first dive, Sophia had to go for her swim around the boat in the middle of the sea. It must have been quite an experience as she had never used a mask and her fins. After a while, she called surrender and her lips were blue, but nevertheless, it was encouraging as she braved her fears and tried swimming around the boat, drinking seawater as she went along. Our first dive site was at Japanese garden, which had a nice stretch of beach across two islands. The water was clear blue and shallow enough for Sophia to do her refresher. Sophia was a little disappointed as she could not descend due to equalisation problem in her ear. We made a few attempts but had to stop as the other divers were headed back to the boat. Think it was quite tough on her. We swam back to the boat, and I continued the other dives while Sophia waited on board the Sea Cutter.

Despite not being able to go down on the first day, Sophia continued to try again on the third day. This time, she managed to get her first dive with a trainee dive master, Pablo. Pablo was a nice a friendly, very patient dive master trainee. I’m glad he was there to support Marcos as Marcos was busy with his friend who visited him during the next day and could not attend much to us. I, on the other hand, joined the other dive masters for fun dives. It was not that pleasant an experience as we were left on the boat with not much direction given to us about where to go or what to do. But anyway, I was glad that Sophia went down the water and made her descend, though slowly.

We went on and managed to do a fun dive together at Shark Island, like the fins of the shark, which was great as I managed to show Sophia some Christmas tree worm, Crowry shells, Longfin banner head, Butterfly, and angel fishes. Sophia liked them all. The experience diving together was wonderful and we were all smiles after the dive. 🙂

With that, Sophia got her OWD with SSI. Looking forward to more dives together 🙂 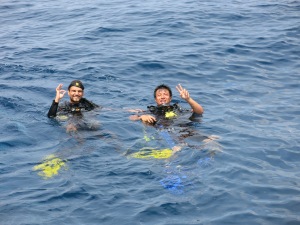 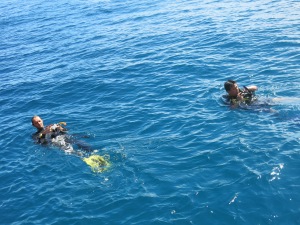 How travelling helps improve your relationship, even after marriage

The real significance behind honeymoons. Read this before going for your honeymoon.

What and where to eat in Moscow

Other interesting things about me